Sadly the North Midlands have lost another family member Alan Black.
Here’s a lovely letter from his dear friend Stuart Potts:-
I was the “newboy`’ on the North Midlands committee when the then President, Bryn Davies, asked me to join an initiative by the RFU on “Promoting the Game”. I attended a meeting headed by Alan Black at the campus of London University, along with delegates from every CB in the Country. It was the start of a long friendshiop with “Blackie”
“Blackie” worked tirlessly to encourage CB’s to promote the game in all kinds of places. He came to the North Midlands and spoke on many occassions at our headquarters which was then at Tally Ho! in Birmingham.
In 2004, Paul Bolton, Gary Meechan and I, were responsilble for the “Sweet Chariot” World Cup Tour of the North Midlands. Blackie was legendary and he guided us through every aspect of the tour.
He always called me “pottsy” and there was never a cross word between us. His mantra was if you preach to only one person, it was one more convert to the game, than yesterday.
He was my friend and I shall miss him. RIP big man.
Stuart 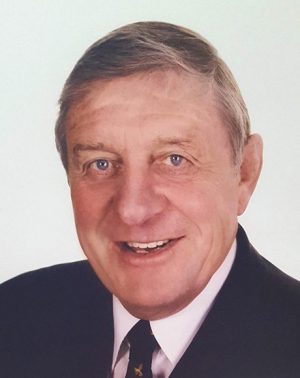