From all at North Midlands RFU we wish to send our sincerest condolences to family members and friends of Jim Bennett at the sad news of his passing.

Jim was born in Kidderminster in 1929 and went to King Charles 1st Grammar School.  Circumstances dictated that he played for Kidderminster RFC (rather than Old Carolians RFC prior to the amalgamation of the 2 clubs) making his first appearance in November 1950.  Jim was the life and soul of the “Black Horse” which was the Clubhouse of Kidderminster RFC, and a Mecca for local Rugby.

After changing jobs and moving into the Carpet Industry, Jim became Captain of Kidderminster for two seasons 1954 to 1956. In 1956 Jim’s job took him North and he played initially for Huddersfield and then Percy Park.

After serving on the Committee of Worcestershire and Herefordshire RFU, Jim became President in 1972 for a two-year term.

Probably the epitome of Jim’s rugby career was in 1987 when he was elected President of North Midlands RFU following in the footsteps of his great friend Edgar Davies.

In 2019 Jim presented the trophy for The North Midlands Veterans Tournament to be played annually between Shropshire, Greater Birmingham and Worcestershire and Herefordshire. 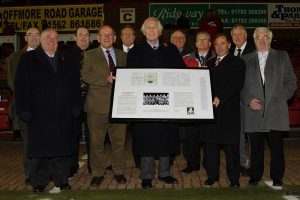 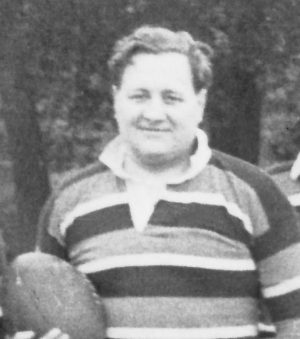