Leonie Prior appointed Match Official Developer with the RFU

North Midlands Referee’s Society are pleased to announce that Leonie Prior has been appointed to a full time role with the RFU as a Match Official Developer.

Leonie will be part of a team of 4 others working for Michael Patz and is likely to cover The Midlands and South West England. Initially she will be focusing on recruitment and delivering courses.

Leonie said of her selection;

I didn’t think there was a job out there that could tear me away from nattering to farmers over a cuppa but when I saw the role of Match Official Developer for the RFU advertised I knew straight away that was for me.

This year has been full of exciting rugby adventures and this is just the icing on the cake. I’m looking forward to being part of the team and getting started in the new role early in the new year.

Well done and congratulations from all at North Midlands RFU 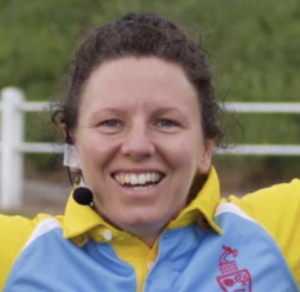