Many congratulations to Moira Boot, who has succeeded Mick Lee as President of GB RFU at the AGM on Monday 30th September becoming the DU’s first female President. Following her election Moira said:

” It is a great honour to be accepted/elected as the first female President of Greater Birmingham RFU; it’s a position I will hold with pride and ensure I represent the DU with integrity and professionalism. It was pretty daunting to be standing alongside the outgoing President, Mick Lee at the AGM at the end of September; he’s done a sterling job heading up GB over the past 5 years.

I’ll bring a new perspective to the role, but I won’t be looking to completely change the old. Mick Lee served GB well and I’m accepting his leadership baton and moving to the next stage. I’ll ensure that through liaising with Clubs, the DU is running efficiently and is meeting its obligations to the clubs and the NMRFU.

One of my first tasks will be to address communications and engagement with member clubs. This isn’t a one-man job (ok, a one person job), which is why I am honoured to take this post and work alongside you, the member clubs.”

We wish Moira all the success in her new role. 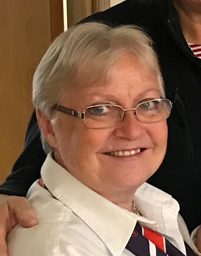