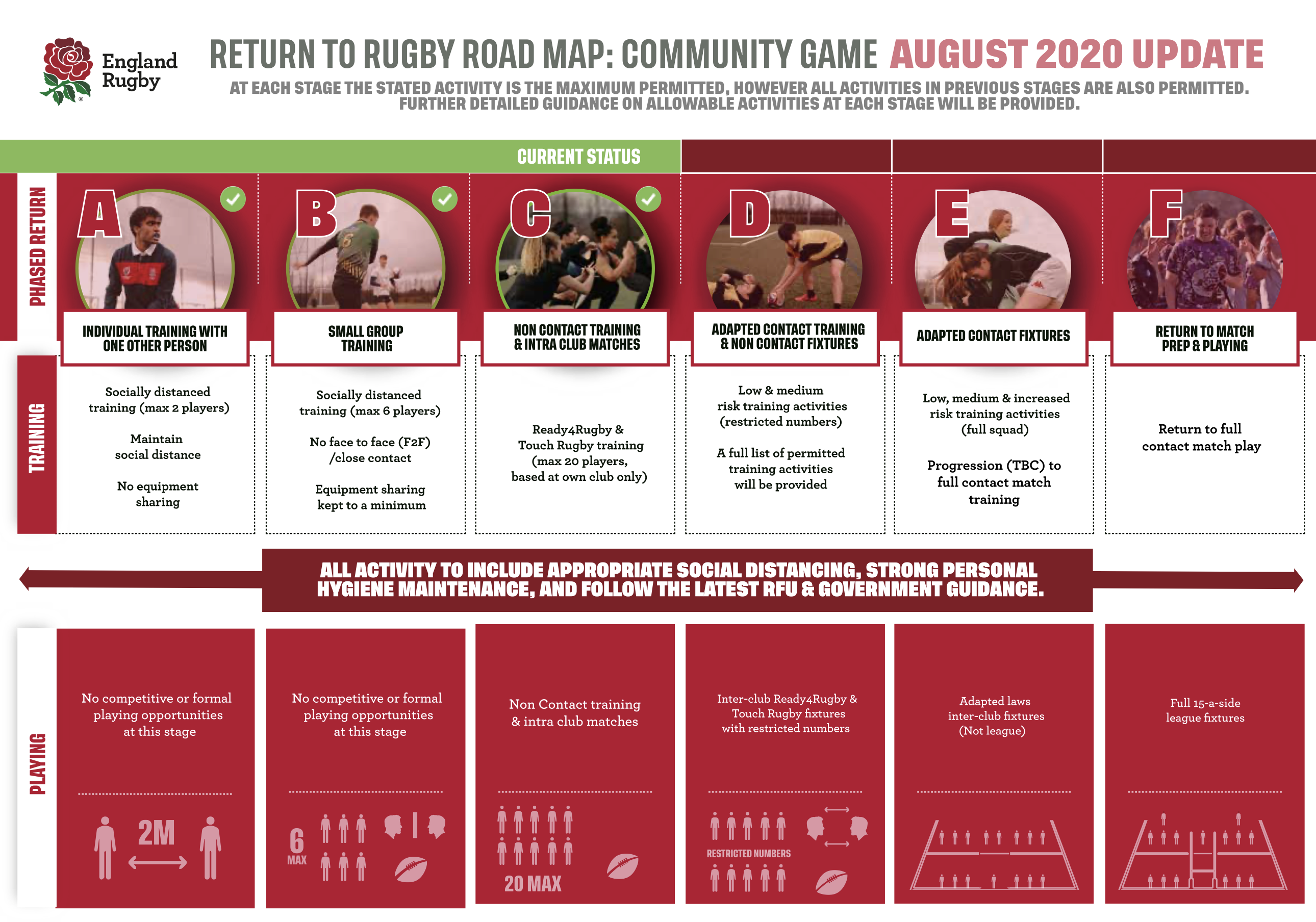 Return to Play – RFU move from Stage B to C

16/08/14 by Rob Bray North Midlands are running two training sessions for the new RFU Game Management System which replaced Rugby First on July 31.The sessions will be held at […]

14/08/14   by Paul Bolton Worcester Ladies will be running a taster training session for prospective new players on Thursday August 21.The session will take place at the Premiership club’s Westons pitches […]

14/08/14   by Paul Bolton England head coach Stuart Lancaster will host an evening of rugby at Dudley Kingswinford’s Heathbrook ground on September 19.Lancaster will spend the afternoon working with DK’s youth […]

14/08/14   by Paul Bolton Ludlow will be staging a Family Fun Sports Day at their headquarters at The Linney on Bank Holiday Monday, August 25.The day will include an adult Tag […]

18/07/14   by Paul Bolton ST LAWRENCE Primary School from Shropshire and Balfour School from Brighton will play at Twickenham Stadium during one of England’s QBE autumn internationals.St Lawrence and Balfour progressed […]

16/07/14   by Paul Bolton RUGBY Lions, last season’s beaten finalists in the RFU Junior Vase, will begin next season’s campaign with a trip to St Neots in the first round. Rugby […]