More than 100 members of North Midlands clubs attended the recent Clubs Together event at Villa Park in Birmingham.

Andy Cosslett, chairman of the RFU board,was the keynote speaker who gave a presentation on the RFU’s Strategic Plan 2017 – 2021, ‘The Game of Our Lives’, which was followed by a Q&A session.

“The RFU has set out an ambitious four- year plan for the game and making that plan work hard for the benefit of our community clubs is what really counts,” Cosslett said.

”Working through the plan together is an excellent way of making the plan real, and flushing out issues. So I was delighted to hear of the North Midlands CB initiative to bring the clubs together for a day of constructive discussion and planning.

“I learnt a lot from my time at the meeting and am certain it will prove to have been a really good use of everyone’s time. I’m looking forward to reviewing the output from the day. Well done to the organisers for setting it up and for all those who gave up a summer Sunday to be there and support the event.”

Following the presentation the club members then broke into three groups where neutral facilitators worked to ascertain how the clubs would like their CB to support them during the period of the “Game of Our Lives Plan” in three strategic  priority areas; Protect, Engage, Grow.

During this time  Cosslett met with the NMRFU’s Management Committee where the discussion covered the needs and concerns of the CB.

The CB Executive Committee did not sit in on any of the breakout sessions so that club members could talk honestly and not be influenced by committee members.

The facilitators have, since the event, fed back the clubs’ views and from that information the CB are developing its own Action Plan, which will conclude in 2021 and tie in with the three priority areas of Protect, Engage and Grow the Game and to take forward the CB’s vision “to support the development and sustainability of Clubs and the growth of the Game in the North Midlands RFU area”.

Feedback from those attending has been overwhelmingly positive with the majority saying they would attend a similar event in the future.

The proof of the success of the event will be seen over the next three seasons as the CB develops and takes forward its plan and clubs feel that they are moving in the direction set out by the RFU Strategic Plan. 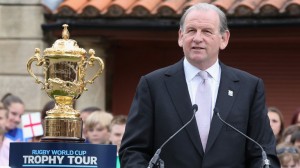