AASE:      Advanced Apprenticeship in Sporting Excellence. 16 to 18 years – available at a school or sixth form college in partnership with a Regional Academy providing a rugby development programme alongside    academic commitments.

DPP:        Developing Player Programme. 13 to 16 years – operated by the Regional Academy. The DPP is a development programme that complements school, club and county playing programmes, providing further development opportunities without the conflict of competition. It is a national programme managed by the RFU and delivered locally in partnership with the RFU, Regional Academy and Constituent Bodies.

XDPP:      Extended Developing Player Programme. Players 13 to 15 years – to provide a restricted number of sessions on a more local basis to promote the development of both players and COACHES – operated by the County / District RDG and the Regional Academy  combined.

DPP: Warriors to populate this

XDPP: (Warriors and RDGS to populate this by agreement) 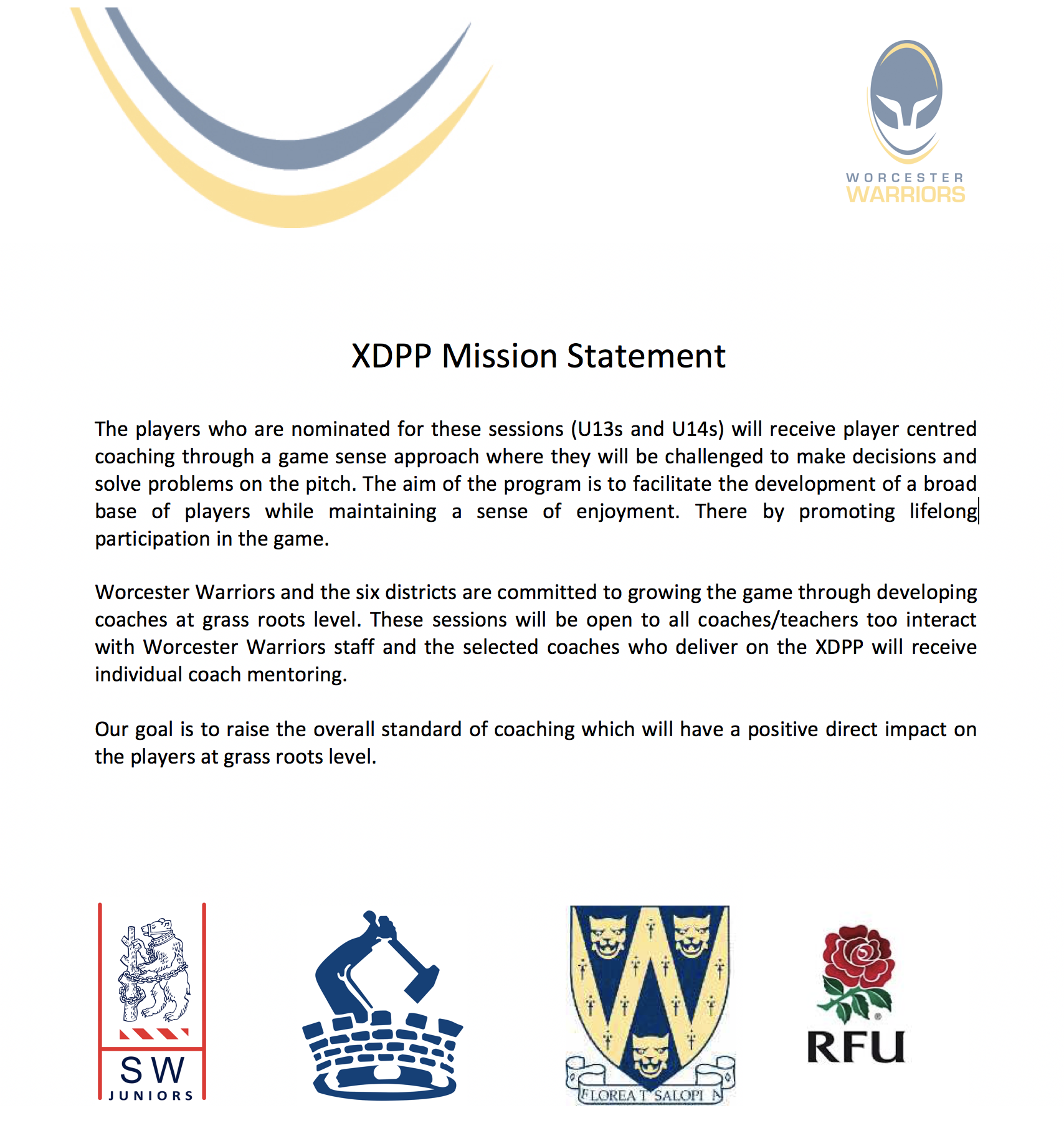